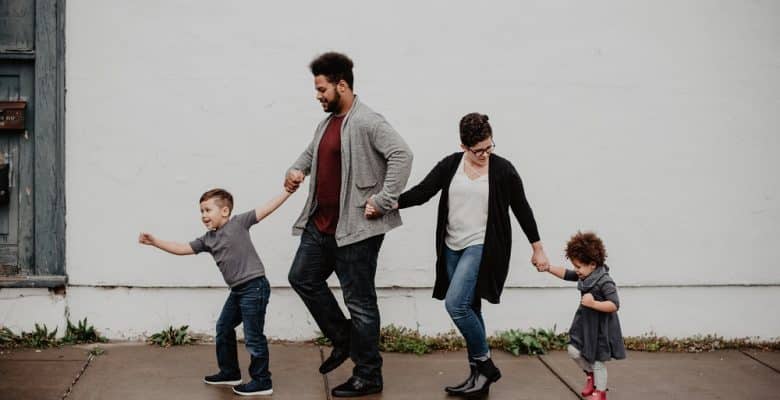 Custody is most often shown as a battle fought by biological parents following divorce. There are even occasions in which adoptive parents are faced with these challenges. However, the experience of custody cases aren’t just limited to these parties and the children involved.

Fostering is a vital part of the child welfare system. Without committed foster parents, there would be a lot more children in institutional-style group homes. As such, the foster system helps children to more effectively experience a safe and rewarding form of family life for the period that they are away from their biological parents. Whether this is for just a week or several years, the impact foster parents have in minimizing disruption to children, their mental wellbeing, and their development cannot be overstated.

That said, there may come a time in which foster parents consider continuing their relationship with the children they care for on a more permanent basis. This may even be contrary to a biological parent’s wishes, even though the foster parent is likely acting in what they consider to be the best interests of the children. As such, there are legal ramifications. So, can a foster parent fight for custody of a child they’re caring for? Let’s take a closer look at the concept.

Why Would a Foster Parent Seek Custody?

Firstly, it’s important to consider why a foster parent might seek custody in the first place. It’s actually a relatively rare circumstance. Most foster carers are clear on the fact that the care situation is intended to be temporary. Their role is to provide stability and support through a transitional period. Indeed, they understand that moving on to the next phase of either returning to the family unit or a more permanent solution is a vital part of the process for everyone involved.

However, this isn’t to say that the situation doesn’t ever arise. It may be the case that the foster parent and the child involved have grown stronger familial bonds. Indeed, the child may feel safer with the foster family than with their biological parents. It’s certainly not unusual for children that have experienced abuse and neglect to consider the support and love offered by a foster parent to be an incredibly positive influence.

It can also be the case that there is already a family connection with the foster parents. Occasionally, siblings of adult age or grandparents may take on the foster role when parents are unable to adequately care for younger children. These carers also tend to have a more nuanced and personal view of the biological parent’s situation and may feel a return to parental custody isn’t appropriate.

Whatever the case may be, the foster parent doesn’t have an immediate right to maintain their custody of the child. Biological parents and their children have rights to maintain a good relationship and many courts will consider this to be in the best interest of the child. If foster parents disagree with this idea, they might begin a fight for custody.

What Rights Do Foster Parents Have?

Foster parents tend to have few tangible rights when it comes to the custody of the children in their care. In many ways, the law treats these caregivers as a resource to be utilized rather than as temporary parents. Individual states and welfare systems might provide foster parents with forms of support, such as stipends, caseworkers, and guidance. However, they are expected to provide a specific level of care as outlined by the local authority until such time as it is determined that the child should move on.

There’s usually a very distinct and deliberate effort to separate the role of a foster parent and the role of a permanent parent or guardian. It isn’t just the fact that foster parents don’t have any rights to expect custody to continue beyond the advice of the local authority. They are also not legally expected to have significant responsibility over the child. There is a certain amount of obligation to provide day-to-day care, nurturing, and support. But, ultimately, the actual responsibilities of the child’s welfare remain with the local authority.

This clarity of the lines between parent and foster parent is no accident, of course. Foster parenting is a very intimate and emotionally charged experience for everyone involved. Automatically providing full parental rights to foster parents could certainly further complicate the relationship between children and their biological parents. The blurring of boundaries here might even serve to disrupt good progress between them.

There are certainly extenuating circumstances and it’s perfectly understandable that there are times in which there’s a need and desire for foster custody to continue. But, for the most part, foster parents have no right to expect full custody.

What Are the Options Available?

So, if foster parents have no rights of custody, does this mean they can’t fight for custody? Well, not necessarily. There are approaches a foster carer can take in order to secure custody. These include:

ADOPTION. The most permanent way to secure custodial rights is for the foster parent to pursue an adoption. This is, of course, far from straightforward. The Florida family courts must first pass a ruling to terminate the parental rights of the birth parents. This is certainly simpler if the birth parents are willing to forgo their rights. Otherwise, there needs to be clear evidence of continued neglect, abuse, or other forms of child endangerment. This may only be the beginning of the fight to secure adoptive rights. Even once parental rights have been terminated, a foster parent may find themselves fighting against another relative to adopt the child. These cases can become complex and require significant knowledge of the child custody legal system to pursue successfully.

GUARDIANSHIP. If adoption isn’t practical or preferred — say, in the case of a sibling foster parent — obtaining the status of legal guardianship is a possible alternative. This doesn’t quite have the same permanent rights of parenthood as adoption. However, it does afford more rights and responsibilities than foster caring. In this instance, the guardianship is awarded by the court with a view to long-term care. The guardian can also make key parenting decisions on schooling, medical care, foreign travel, and even moving to a different location. However, the guardian may need to fight for custody of the child if the biological parent decides they want to take their child back into their care. Ultimately, guardianship is intended to be temporary, too. So, again success here can depend on the guardian retaining an experienced attorney.

In Law We Trust Divorce and Family Lawyers is a premier firm of divorce lawyers representing men in family law proceedings. Whether you are a foster parent seeking permanent custody of a child in your care or a biological father that wants to assert your parental rights, we have the knowledge and skills to help. Call us today and get the proper representation men need and deserve.