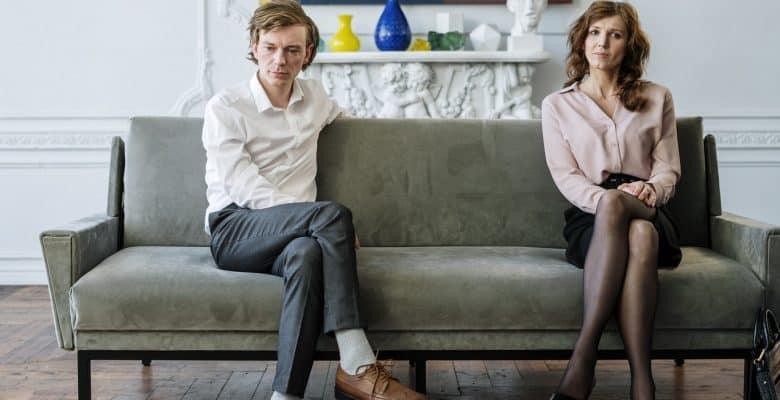 The divorce process can be uncomfortable even in the best circumstances. The life you and your spouse lived together for perhaps years has come to an end and aspects of it will be unraveling. Chief amongst these is your equal sharing of the family home. Like many men going through a divorce, you’re likely to find yourself asking, “can my wife kick me out of the house?”

This is an important question. The way our society functions often leans in favor of women during the divorce. Between the historical decisions of the courts and social expectations, men often feel as though they have a duty to be the ones to leave the home. Yet, the truth of the matter is, the property is as much your home as it is your former spouse’s. Why should you be forced out of the comfort and stability of the house if you’ve done nothing wrong? Let’s take a closer look at some of the key considerations for this issue.

The simple fact of the matter is that, under normal circumstances, your wife has no right to kick you out of the house. Under Florida legislation, where the property has been occupied jointly by you and your spouse during the period of marriage, you have equal rights to live in the property during the process.

What about that old trope of your spouse changing the locks when you’re at work or on a trip? This certainly happens, but it doesn’t change your rights of habitation. Under civil legislation, your wife cannot usually evict you simply because your relationship has ended. You have just as much reason to occupy the home as your spouse until such time as a property division settlement has been agreed upon.

Is this an ideal situation? Almost certainly not. After all, if you’re divorcing, it is likely to be the case that you don’t want to live under the same roof as one another. Nevertheless, you should think twice before being “the bigger person” and removing yourself from the property voluntarily, even if it’s a temporary measure. To the courts, this may seem like a willingness to give up your habitation rights on the property. In some circumstances, your behavior here could lead to your spouse gaining primary residency consideration.

As such, it’s vital to talk to your family law attorney about how you can best act in this situation. Choices to leave the property may not only impact your future habitation rights. It could potentially lead to your wife gaining primary custody if the court considers their occupation of the stable family home to be a relevant factor. So, you need to establish an effective strategy for such issues. The good news is, as the Florida courts do not recognize separation, staying in the same property during the divorce will not impact your ability to file and finalize a divorce.

When Abuse is Involved

There are relatively few circumstances in which a court will allow your wife to kick you out of the house during the divorce process. The primary among these would be if there is some form of abuse that impacts the living situation. If there has been a history of domestic abuse from your side of the relationship, the courts may grant an injunction that prevents you from entering the property in the interests of protecting your spouse’s safety. The same applies if there is evidence of abuse of any children residing at the property.

However, such measures could also be applied if you have a history of drug or alcohol abuse. This is usually a more complicated matter, as your wife would need to prove your abuse of such substances and that it affects their safety. An injunction might also be applied if substance abuse is considered to be a negative influence on any resident children. That said, if you can prove that you have been through a rehabilitation program and the use of substances is no longer a negative influence on your life and that of your children, you may be able to avoid eviction.

It’s important to remember, though, that the same applies if you are the victim of abuse from your spouse. You may feel threatened in your own home by them and your natural response may be to get as far away from the situation as possible. Rest assured that you have rights in these circumstances and you deserve to feel secure in your living space. Work with your family attorney to gather evidence, make arrangements for the relevant injunctions to be issued, and for your wife to be legally and fairly removed from the home.

In the Event of Adultery

One of the most common reasons for a spouse to be kicked out of the home is in the event of adultery. It may be the case that you’ve engaged in an extramarital relationship and your wife refuses to allow you back in the home. Alternatively, your spouse may have cheated and decided to move their new partner into the property.

In either case, adultery does not automatically make it fair or legal for your wife to kick you out of the house. You still have the same rights of equal occupation that would be present in most other circumstances.

The main way in which adultery factors into a divorce is during the settlement process. Strictly speaking, unless a prenuptial agreement is in place, this shouldn’t cause the courts to rule anything other than an equal division of the property. This is unless adultery on either side has led to either you or your spouse directing funds toward these actions. Such as buying gifts for them, paying for hotel rooms, or taking vacations together. This could compel the courts to tip the balance of division in the other spouse’s favor to account for the expenditure.

It may be the case that you and your spouse rent your home. In most circumstances, you still have the same rights to habitation where there aren’t the aforementioned mitigating factors in place. Your spouse can’t work with your landlord to remove you from the property in a way that is inconsistent with your tenancy contract.

However, if your joint tenancy is coming to an end before your divorce is finalized, this can be a relevant consideration. Either you or your spouse can request a new tenancy agreement that excludes the other party. The final decision on granting this will usually be down to your landlord. That said, your landlord may see the discord between you and your wife as a chance to raise the rent to see which of you is willing to pay the most. This might be a reason enough to voluntarily move on. But it’s worth talking to your family attorney to establish how this would affect your custody rights and how best to move forward in line with Florida law.

In Law We Trust Divorce and Family Lawyers is a premier firm of divorce lawyers representing men in family law proceedings. We are uniquely positioned to assist our clients with the challenges men face in Florida’s court system, such as maintaining rights of occupation. Call us today and get the proper representation men need and deserve.