When a family separates, one of the challenges as a parent is making certain that this doesn’t negatively impact the children. Often, the hurdles here are financial. Children have needs that should be met by both their parents. As a caring father, you naturally want to make certain that your kids have the resources they need to keep thriving.

This is where child support comes into the equation. When there isn’t a 50/50 split in custody, one parent is expected to provide additional financial contributions to ensure there’s no gap in their kids’ care. While this sounds sensible and simple, there are various complications that can arise. You might find that your former spouse fails to pay the agreed child support. On the other hand, you may feel that the amount you are expected to provide isn’t fair. This last can be particularly common in Florida, which is often called the “mother state” due to its reputation for being biased in favor of mothers in these situations.

As such, it is vital to collaborate with an experienced family law attorney when you’re making child support arrangements. As the renowned child custody lawyers for fathers in St. Petersburg, FL, In Law We Trust Divorce and Family Lawyers should be your very first call. Since 2014, the law firm of In Law We Trust Divorce and Family Lawyers, has been annually selected by the National Trial Lawyers of America as one of the Top 40 under 40 in Florida which is a professional organization by invitation only, composed of the top trial lawyers from each state or region who are under the age of 40. Not to mention that we’ve been a featured member of The National Academy of Family Law Attorneys since 2019, alongside being included in Super Lawyers each year since 2017. Our firm continues to be dedicated to helping men like you get the fair child support case representation you need.

Who Pays Child Support and Why?

It’s important to remember that there is no standardized federal approach to paying child support. This is usually regulated at a more localized level, which is why it is important to work with a family law attorney that has experience navigating the St. Petersburg family court system. At the moment, most courts in Florida will push toward equally shared time between parents, meaning that in some cases there may not be a need for a formal child support agreement. It’s usually when shared custody isn’t practical that the need for payments kicks in.

As such, the most common party to provide child support is the parent that is awarded less custodial time with the children. This is because the primary custodial payment will be taking on the majority of the financial outgoings as a result of their additional care duties. As such, the intention is to fill in the difference in the expenses each parent is likely to be subjected to.

However, this isn’t the only approach the Florida courts take to child support. Another possibility is that child support obligations will be set as a result of disparities in each parent’s income level. This means that the parent who earns the most money is expected to pay a certain amount of child support to the lower earning parent. This type of arrangement can even arise when you and your spouse are equally sharing custody. The idea behind this is to prevent the lower-earning parent from experiencing an unequal financial impact.

In some states, a mutual agreement between parents can mean that child support obligations can be removed. Others allow for a formal waiving of parental rights that also result in no need to pay child support. However, the Florida courts do not allow for this arrangement to be in place. This means that if there is a clear division in one parent’s share of custody or finances, there is usually a legal case for support to be paid.

As we’ve outlined in the previous section, the approach the St. Petersburg family courts take to awarding child support is very much dependent on circumstances. Similarly, the way in which the amount of support is calculated isn’t standardized as it is in other areas of the country. The result is that you may find the approach to establishing the amount being paid both relatively subjective and quite complex.

The first part of the child support calculation relates to the income levels of each parent. There are various elements that can contribute to what the court considers to be income. This naturally includes traditional forms of work-related income. It is also likely to consider bonuses, tips, and valuable perks each parent receives related to their job. Benefits, such as disability allowance and unemployment payments are also taken into account. Dividends from any investments and retirement funds can also form part of the calculation. Any item of value that a parent receives has the potential to form part of the calculation.

However, there are also expenses that can be deducted from this income calculation to ensure that parents aren’t unnecessarily struggling as a result of child support calculations. This can include federal and state taxes, union dues, health insurance payments, and spousal support, among others.

The courts then use the combined net income amounts of both parents to establish the amount and division of child support to be paid. The state provides the courts with a table that outlines a basic amount of child support based on combined monthly incomes of between $800 and $10,000. This is applied on a per child basis for up to 6 children. When income is below this, the courts usually award a token payment. In instances of shared income above $10,000, there are additional percentages of income applied to support requirements.

The court then assigns a division of child support responsibility to each parent depending on the percentage of custody and the percentage of income received. Any additional expenses, such as those for private education and extracurricular activities are usually divided equally between the parents.

On one hand, this certainly appears to be the most sensible way of arranging child support. However, this is dependent on both parents honestly declaring their income and expenses. The courts may also apply some aspect of interpretation. This is why it’s so important to work with an experienced family lawyer that can represent your circumstances to ensure a fair outcome.

What if Your Spouse Doesn’t Pay?

Unfortunately, one of the reasons you may need to seek legal advice is that your spouse has failed to pay their portion of child support as agreed. This is a relatively common occurrence and in some cases there are perfectly legitimate reasons behind it. However, it is important that you take formal steps to address the situation from the earliest opportunity. This helps to ensure that neither you nor your children are put to unnecessary hardship.

The first step is to contact your family law attorney. They will help you to arrange either to contact your former spouse officially or to petition the court for enforcement. This ensures that not only can legal actions be taken to ensure payments begin again at the earliest opportunity, but they can also recover any backdated support payments.

An Attorney Dedicated to Representing Fathers in St. Petersburg

Any dedicated father wants to make certain their children continue to be well provided for in the event of a divorce. It’s also important to confirm that both you and your spouse are assigned a fair division of the expenses that make this possible. Working with an experienced family law attorney ensures you’re able to navigate this sometimes complex part of the St. Petersburg family courts system effectively. When you call us, we’ll start to lay the groundwork to provide the solid representation you and your children deserve. In Law We Trust Divorce and Family Lawyers is considered to be a compassionate and skilled firm for fathers in St. Petersburg. 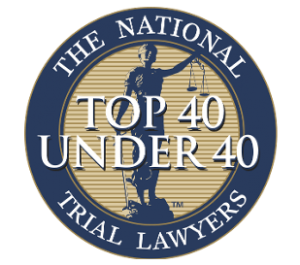 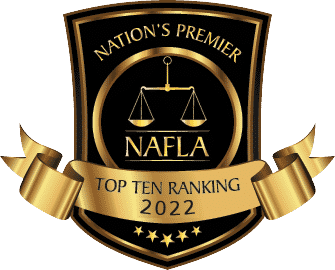