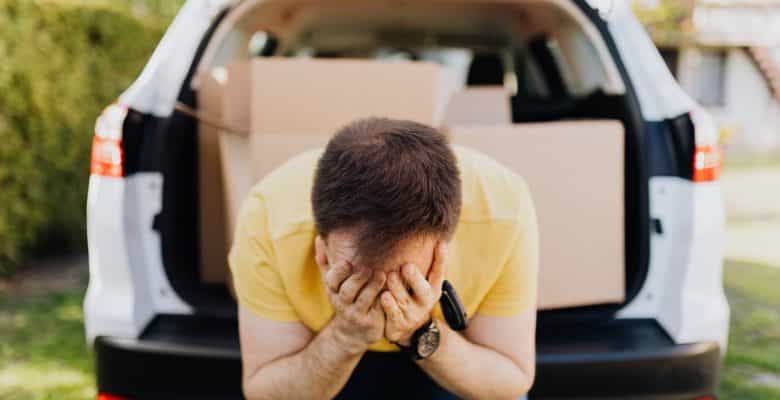 There are various difficulties involved with the divorce process. Among the most frustrating is how you and your spouse handle your property. It’s likely you’ve gained some significant assets during your time together and in Florida, all marital property is split equally. However, it is arranging this settlement that most couples focus on, and it can be easy to overlook elements that could complicate matters further.

One of these is the prospect of either you or your spouse failing to make car repayments. If you or your spouse drop the ball during or after the settlement has been finalized, your car could be scheduled for repossession by your lender. This has knock-on consequences in a variety of areas. Men going through divorce in Florida already tend to face significant challenges. The last thing you need is to inadvertently make errors here because you don’t have a clear understanding. So, let’s take a closer look at the situation. What should you know about car repossession during your divorce?

Is My Car Protected from Repossession?

The simple fact of the matter is your car is never protected from repossession until after the loan has been completely paid off. It’s not unusual for people going through divorce to think there is some element of protection, though. This may be because the final ownership and responsibility for repayments has yet to be decided. You may have been awarded the car and your spouse been made responsible for making payments as part of an alimony package. But none of these things result in protection from repossession.

The reason for this is the divorce courts cannot overrule a credit contract that has already been agreed between you, your spouse, and the lender. You may be able to ask the car loan company to change the details of the contract to reflect the divorce settlement. But the company is under no obligation to do so. As such, the consequences of a breach of contract remain the same as they were before the divorce process began.

You could, therefore, find that the vehicle, whether it is in yours or your spouse’s possession, may be repossessed if the payments haven’t been made as agreed. This isn’t to say that there aren’t potential legal consequences that could arise if this is contrary to the terms of the divorce settlement or affects the status of your jointly held assets. But it remains the case that a company has the right to remove the car no matter at what point of the divorce process you’re in.

What if My Spouse Stops Payments?

Let’s look at this issue from the perspective of a settled divorce. Everything has been finalized and the vehicle has been awarded to you. As part of the equal division of assets, while the loan was jointly signed by both of you, your former spouse has been given sole responsibility for the last several loan repayments. However, they’ve missed some of these recently.

Unfortunately, the company can still repossess your vehicle, or seek to recover the costs from you. Similarly, if the car along with the payment responsibility has been awarded to your former spouse and they miss the payments, you as co-signatory may still be on the line for debt collection. Not to mention that your ex’s failure to make regular payments as agreed could have a negative impact on your good credit score.

You’re not entirely powerless in this situation, though. While the court can’t change the terms of your vehicle financing contract, they can compel your spouse to make payments on time. Your divorce settlement agreement is still legally binding. Indeed, if they continue to breach the agreement they can be held in contempt of court. In extreme cases, there are options such as income garnishment to make sure you receive contributions from them to make those car payments.

Pursuing these consequences can take time, though. As such, it’s important to inform your divorce lawyer as soon as you discover payments are not being made. They can help you to prompt your ex to make payments in a legal and reasonable manner or start further action from the courts.

Can My Car Be Repossessed Before Settlement is Agreed?

Many people think that because the courts have final ruling over the division of property that external agencies have no access to their assets until after completion. This misunderstanding is one of the reasons some spouses choose to stop making payments on a vehicle before settlement has been reached. They figure that their ex will get the car in the divorce and until then they can act as they like with immunity. This is not the case.

In reality, there are relatively few circumstances under which your vehicle can’t be repossessed during the process of division of assets. If you or your spouse are filing for bankruptcy at the same time as divorce, the judge in that case may issue an automatic stay, which halts any collection attempts. But this can’t be issued by the judge in your divorce case. Unfortunately, you or your spouse’s failure to make payments can mean the car gets repossessed.

However, the courts are likely to take this issue into consideration when arriving at a settlement agreement. Florida is a state in which all marital assets are divided equally. A car purchased during the marriage by either you or your spouse is considered joint property. If your spouse failed to make payments on this car causing it to be repossessed, the courts can compensate the proportion you’ve lost using assets that would usually have been awarded to your spouse. An experienced divorce lawyer for men can help you to get the fair division of assets you deserve in these situations.

What Is the Best Way to Avoid Repossession?

The fact of the matter is, you can’t stop a car repossession during divorce through the strength of the courts or your attorney. The best way to avoid car repossession is the same as any other circumstances. Payments on the loan should be made.

This can be a frustrating reality. It can feel as though your spouse is holding you to ransom because you don’t want their failure to make payments to negatively impact your life. It can also put extra strain on your finances. Unfortunately, you may find in the short term you’ll need to make those payments on the car yourself to avoid the loan company taking further action.

Keep track of all payments you’ve made on the vehicle along with any communications you’ve issued and received from your spouse on the matter. Provide these to your divorce attorney at the earliest opportunity. They can then provide you with appropriate guidance on how to proceed. Whether it’s the court compelling your ex to make payments or affecting the division of assets in your settlement.

In Law We Trust Divorce and Family Lawyers is a premier firm of divorce lawyers representing men in family law proceedings. We are uniquely positioned to assist our clients with the challenges men face in Florida’s court system, such as the fair division of assets. Call us today and get the proper representation men need and deserve.