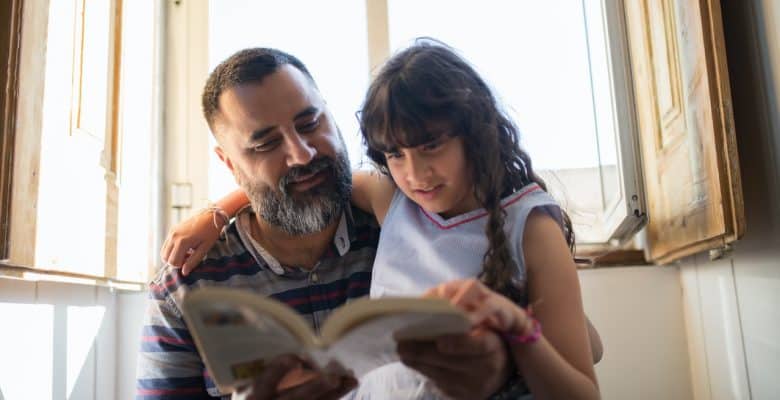 During divorce proceedings, the real intention of custody agreements is to make certain that the new situation suits the best interests of the children involved. There’s also a need to make sure that both parents are treated fairly from the outcome. Unfortunately, the best case scenario of these intentions is not always the reality. Indeed, the Florida courts tend to have a reputation for giving mothers preferential treatment here.

This is why it is so important to make certain that you collaborate with a family law attorney experienced in representing men in Florida. By seeking professional guidance, you can get the best possible chance for you and your children to keep your bonds strong. However, it’s important to note that even if your initial custody arrangements aren’t ideal, you are not powerless to respond.

While custody agreements are legally binding, this doesn’t mean that they are necessarily permanent. Even years down the line it is possible for you to pursue custody modification through the court system. So, let’s take a look at this issue. What do you need to know about a custody modification case and how can you win one?

What Is Custody Modification?

In many ways, custody legislation is built around the understanding that circumstances — and, indeed, people — can change. The relationships and needs of parents and their children certainly develop over time. Not to mention that the ability for a parent to provide stable forms of care can be influenced by a number of factors. This is where the concept of custody modification comes into play.

In the simplest terms, custody modification is a legally recognized change to the custody agreement. This could involve several types of alteration. For instance, you may want to make the division of custody to become more equal or even to favor you if your spouse is behaving against the interests of your children. If you’re subject to supervised visitation, the modification could surround having more private time with your kids. It could also include a modification of child support if circumstances have changed or your kids are staying overnight with you more often.

In most circumstances, the grounds of your custody agreement would have been determined or at least made official by the Florida court system. This isn’t something you and your spouse can change autonomously. Neither should you try to. Casual agreements for changes might work when you and your former spouse are on good terms. But if this alters, your rate of contact and your relationships with your kids could change without notice.

As such, if you want to make a change to the existing agreement, it’s important to go through the proper channels. Not only does this make sure everything is official, it also provides you and your kids with some protection should your ex breach the new agreement.

What Are the Grounds for Modification?

You can’t hope to win a custody modification case by stating you want to make changes simply because it suits you. The Florida court system can be quite strict about the reasons a custody plan can and should be modified. Judges aren’t blind to the fact that needs and situations change, but at the same time, there are systems in place to protect the interests of children and parents alike. Not to mention that alterations on a whim could further tie up an already stretched legal system. As such, your first step toward winning your custody modification case is to establish the right grounds. Wherever possible, make sure there is a clear case of at least one of the following in place:

YOUR CHILD IS AT RISK. This is one of the most powerful reasons for modifying a custody plan. If the time your child is spending with your ex is putting them in a risky situation, the courts may consider some form of modification. Usually, this revolves around filing a protective order against your ex, at which point the judge in the case may change the custody status to favor you. However, it’s worth noting that this is not usually a long-term or permanent solution and will usually be subject to periods of review. This approach tends to be reserved for clear cases of risk, such as abuse (physical, psychological, or sexual) and dangerous lifestyle choices. It isn’t a route you should pursue without good cause.

THERE IS A SUBSTANTIAL CHANGE IN CIRCUMSTANCES. The most common grounds for custody modification is that there has been a substantial change in circumstances. This could be that a parent has recently been diagnosed with a severe mental illness or is suffering from substance abuse. It could also be that there is sufficient evidence proving that one parent has been negligent or abusive towards the child resulting in a deterioration of their wellbeing. It’s also common for a parent to have to move out of state for work, in which case you may be seeking full custody or to divide custody by months rather than days of the week.

What Type of Evidence is Required?

It’s not enough to simply state that changes have occurred that affect custody. The courts will want to see clear evidence. As such, to win your custody modification case, you need to provide good quality evidence in your favor. This could include:

PARENTAL AGREEMENT. The easiest way to win a custody modification case is to show signed evidence that your ex agrees to the changes. In the best case scenario, this will involve a new custody plan that you both and your respective attorneys have arranged. Indeed, this should be notarized and witnessed to demonstrate no coercion or undue influence has been involved.

LIFESTYLE IMPROVEMENTS. In some cases, the courts will have previously ruled for custody in your ex’s favor due to elements of your lifestyle. As such, it’s important to provide solid evidence that the circumstances have significantly improved. This could include proof of completion of any ordered or voluntary rehabilitation programs. If your modifications are due to your now gaining stable employment, don’t just provide wage slips. If possible, get a statement from your employer confirming your progression and your long term prospects with the company. You can also request a custody evaluation by an independent professional to assess your living arrangements and other factors.

BEST INTEREST EVIDENCE. The most important element when seeking to win a custody modification is your ability to show it’s in the best interests of your child. For instance, if you’re relocating, this could include proof of better schooling opportunities or a more stable and safe environment. Indeed, if your case is based on your belief that your ex isn’t supporting your child effectively, this could also include evidence such as bad school reports and witness statements.

It can certainly be difficult to understand whether the evidence you can provide is of sufficient quality to win your case. This is another reason it is so vital to collaborate with an experienced child custody lawyer for men in Florida. They have a solid understanding of the items the courts look for and the best formats for these to take. They can also be instrumental in helping present your evidence for the biggest impact. As such, your first step in seeking a modification should be to seek professional advice.

In Law We Trust Divorce and Family Lawyers is a premier firm of divorce lawyers representing men in custody law proceedings. We have the knowledge and skills to guide our clients through the hurdles men tend to face in gaining fair custody of their kids. Call us today and get the proper representation men need and deserve.