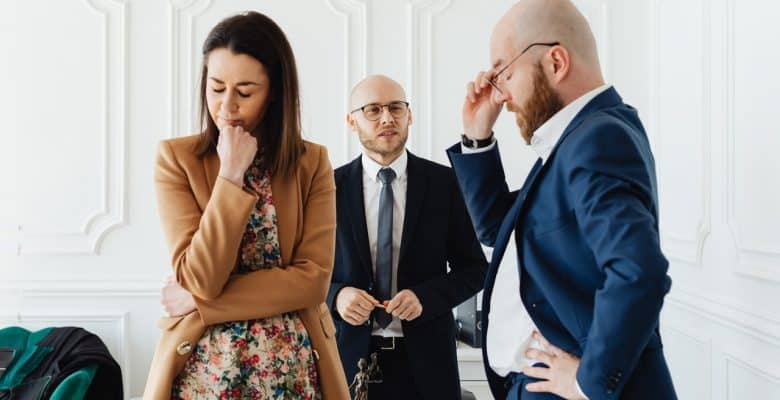 In the best case scenario, a divorce proceeds swiftly and fairly, with both parties acting in a reasonable fashion. This tends to result in fairer outcomes and ensures children are equally supported by committed and respectful parents. Unfortunately, many divorces don’t play out in this way.

This is understandable, to an extent. After all, the end of a long-term relationship is a highly emotionally-charged situation and there may be significant animosity present. It may be the case that one partner is unwilling to accept anything but full custody of shared children. It’s also not unusual for greed to drive a spouse to gain more than the fair division of joint marital assets. As such, you may find that your former spouse could implement some underhanded strategies to unfairly manipulate the outcome of your divorce.

So, what sneaky divorce tactics should you be prepared for? We’re going to examine some of the key elements you and your experienced family law attorney for men should collaborate on addressing.

One of the main areas in which your ex may employ sneaky tactics is with regard to your finances. Particularly if they have been planning to divorce you for a long time, they may have been implementing these tactics gradually throughout that period. As such, it’s important for your and your divorce attorney to be thorough in your financial investigations. There are various sneaky financial tactics your ex might utilize, including:

CONCEALING ASSETS. One of the most common financial tactics to watch out for is concealment of assets. This is where your spouse has purchased items or received property or money that they hide from you. These may be items registered in a different name or stored in accounts you are not aware of. This might not even have to involve particularly high value single items, either. Your ex could have been spending relatively small amounts on multiple items that have a cumulatively high value over a long period of time under the assumption you’ll overlook them. Your best preparation for this is to utilize a forensic accountant to review all transactions and investigate your ex’s true collection of assets.

TRANSFERRING ASSETS. A common form of sneaky financial activity during a divorce is the transference of high-value assets. While the courts would take the sale of such items into account when dividing finances, “disposing” of some assets in the form of gifts can act as a kind of loophole. This is usually done with the cooperation of your ex’s family, friends, or business associates. The intention is for the other party to sell the property and provide your ex with the finances after the divorce or return the gifted assets at a later date.

HIDING BUISINESS OR INCOME CHANGES. If your ex started a business during the period of your marriage, the value of this is taken into account during the division of assets. However, it’s not unusual for a divorcing entrepreneur to minimize the full value of their company in order to protect their finances. Often, this includes concealing potentially lucrative business opportunities or income rises that are expected in the near future.

It’s important for your attorney to arrange a thorough independent assessment of your ex’s business. This should include reviewing their partnerships and the trajectory of the market that could affect the overall valuation of the company.

HOARDING CASH. When a spouse has been planning a divorce long before they actually state their intentions, they may have begun hoarding cash months or even years previously. This can be quite subtly achieved by withdrawing relatively small amounts from joint accounts or their personal savings. This isn’t as obvious a concealing tactic as making large withdrawals in the weeks running up to a divorce. However, it can amount to a significant cumulative reduction of your final settlement.

Again, this is usually an instance in which a qualified forensic accountant or auditor should be involved. They will be able to review the bank statements to identify unusual patterns in withdrawal behavior over a period of time and compare these to your ex’s spending activities.

The other common area for a spouse to employ sneaky divorce tactics is with regard to your custody arrangements. This may be because they genuinely feel they should spend more time with your children. It could also be the case that they want to minimize their child support responsibilities. There might be significant animosity and they want to impact your relationship with your children out of spite. No matter what your ex’s reasons are, it’s vital to work with an attorney experienced in representing divorcing men in Florida that can prepare you accordingly. Some of the common tactics surrounding custody include:

FALSE ACCUSATIONS OF ABUSE. Abuse is a serious matter. The courts take instances of abuse to either partners or children very seriously when it comes to considering custody arrangements. Unfortunately, there are some spouses that recognize this and will seek to manipulate the court’s decisions by leveling false accusations. This may be in the form of direct physical or sexual assault. They may claim a history of emotional or psychological abuse. You may even find that your ex seeks an order of protection to lend an air of credibility to their claims.

This is an area in which you and your attorney need to be proactive in gathering evidence to the contrary. The forms this takes could include witness statements, expert testimony, social media posts, and character references. Even if your ex merely suggests to you or a family member that they will claim you were abusive, it’s important to make a record of the date and time of the statement and inform your attorney of this immediately.

PARENTAL ALIENATION. During the divorce process, you and your ex may be sharing custody or your ex may have majority access temporarily. Unfortunately, they may take this opportunity to negatively influence your children’s feelings toward you. This could be the result of outright falsehoods they tell your children, suggestions about your behavior, or simply demonstrating their disdain for you around your kids. The result can damage your relationship with your children and lead them to inform the courts that they don’t want to spend time with you or are even scared of you.

It’s important to maintain an awareness of any changes in your kids behavior when they are around you. They may start to appear withdrawn or unhappy when you spend time together. Your kids might repeat stories about you that they wouldn’t know unless your ex told them. If this is the case, it’s important to make logs of such behavior and seek advice from your lawyer on how to proceed.

MOVING OUT OF STATE. Before the divorce and custody agreements have been finalized, you may find your ex chooses to move out of state with your children. While doing so on a whim would certainly be frowned upon by the courts, if they appear to have a good reason for doing so, this could affect the outcome of your case. For instance, if they’re offered a lucrative job or there are better school opportunities for the children. If your kids are already spending the majority of their time during the divorce with their mother and become settled in the new state, this can sway the decision of the court.

As such, it’s important to assert equal custody even during divorce proceedings. Work with your lawyer to gain agreements for 50/50 custody split on an interim basis, and ensure you build your relationship with your children. This can mitigate your ex’s ability to make significant changes to their lives and to the outcome of your divorce.

In Law We Trust Divorce and Family Lawyers is a premier firm of divorce lawyers representing men in family law proceedings. Our knowledge and skills help our clients navigate the underhanded tactics their former spouse may take throughout a divorce case. Call us today and get the proper representation men need and deserve.

Sneaky Divorce Tactics to Be Prepared For

In the best case scenario, a divorce proceeds swiftly and fairly, with both parties acting in a reasonable fashion. This tends to result in fairer out ... Read More

How to Prove Parental Alienation

It’s a given that both you and your former spouse want to get through your divorce without too much turbulence. As such, it’s certainly healthy to put ... Read More

Can a Foster Parent Fight for Custody?

Custody is most often shown as a battle fought by biological parents following divorce. There are even occasions in which adoptive parents are faced w ... Read More
Family Law Blog Categories